On Saturday, the couple announced the birth of Ollie, sharing an emotion-filled video of Jules' birthing experience.

'I would do it a thousand times again for you Oliver Chase Merchant. Our little man has arrived,' Jules said.

'Surprise, it's a boy, healthy and beautiful and my heart is full. We are home now and enjoying the love bubble and getting to know our lil (sic) man Ollie who has the world ahead of him.'

The heart warming footage showed Jules and her husband, 36, dancing next to her hospital bed - with Cam stroking his wife's body as she prepared to go into labour. 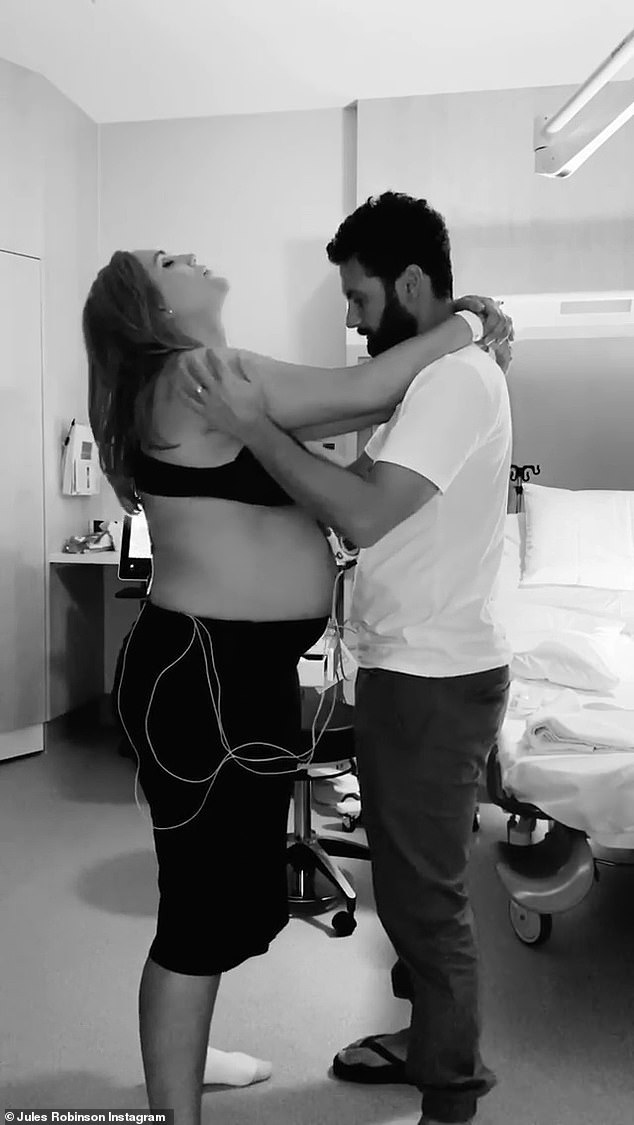 'Then just over four hours after my waters broke and with the help of my TENS machine and a little gas, Ollie Chase was born - on my dad Peter's birthday,' Jules explained.

A TENS machine is an electric nerve stimulator and can help reduce pain during labour.

The pair are beyond smitten with their newborn, with Jules telling the publication that they're 'so in love.'

She described the newborn baby bubble as a 'magical time' and said she'd love to have another child in about '18 months.'

But for now, they're content doting on little Ollie. 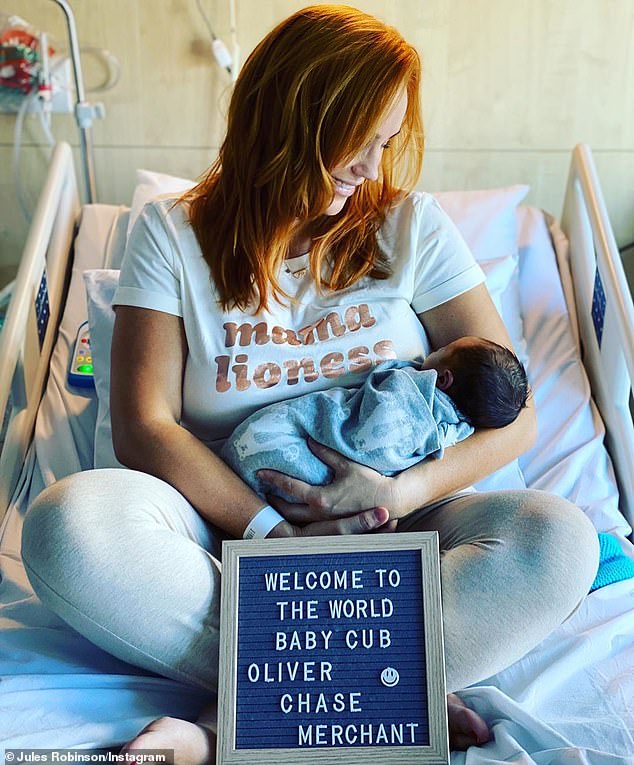 'Oliver is my biggest achievement by far,' Jules said.

She added: 'I felt so powerful when I held him in my arms.'